Both ECM and EJM are anodic dissolution processes based on the electrolysis work of Faraday and capable of material manipulation at an atomic level. Both processes are capable of material removal without affecting a components surface integrity and physical properties such as hardness and toughness have no effect on machinability.

However, EJM differs significantly from ECM in that EJM is capable of selective material removal without the need for masking due to hydraulic phenomenon. The electrolyte is also delivered as a jet in an unsubmerged manner unlike ECM which is a submerged process. Due to this EJM can deliver far higher mass transport rates due to the electrolyte flow at the point of machining in comparison to ECM. Also, due to the impinging jet size and cooling effect of the high electrolyte flow, much higher current density values are achievable, whilst maintaining an electrochemical removal mechanism and as such achieve up to 100% machining efficiencies.

EJM, in its simplest form, comprises of a nozzle and substrate as electrodes, a free-jet of electrolyte emanating from the nozzle and impinging on a substrate surface. A power source connected between electrodes creates a potential difference thus forming an electrolytic cell. The polarity of the substrate and nozzle denoting the orientation of the redox reaction as to whether material is deposited or removed at the substrate.

TextureJet has developed significant proprietary innovations in hardware, software, green chemistry and application developments, such as STAT, that enable this technology to realise its commercial potential. 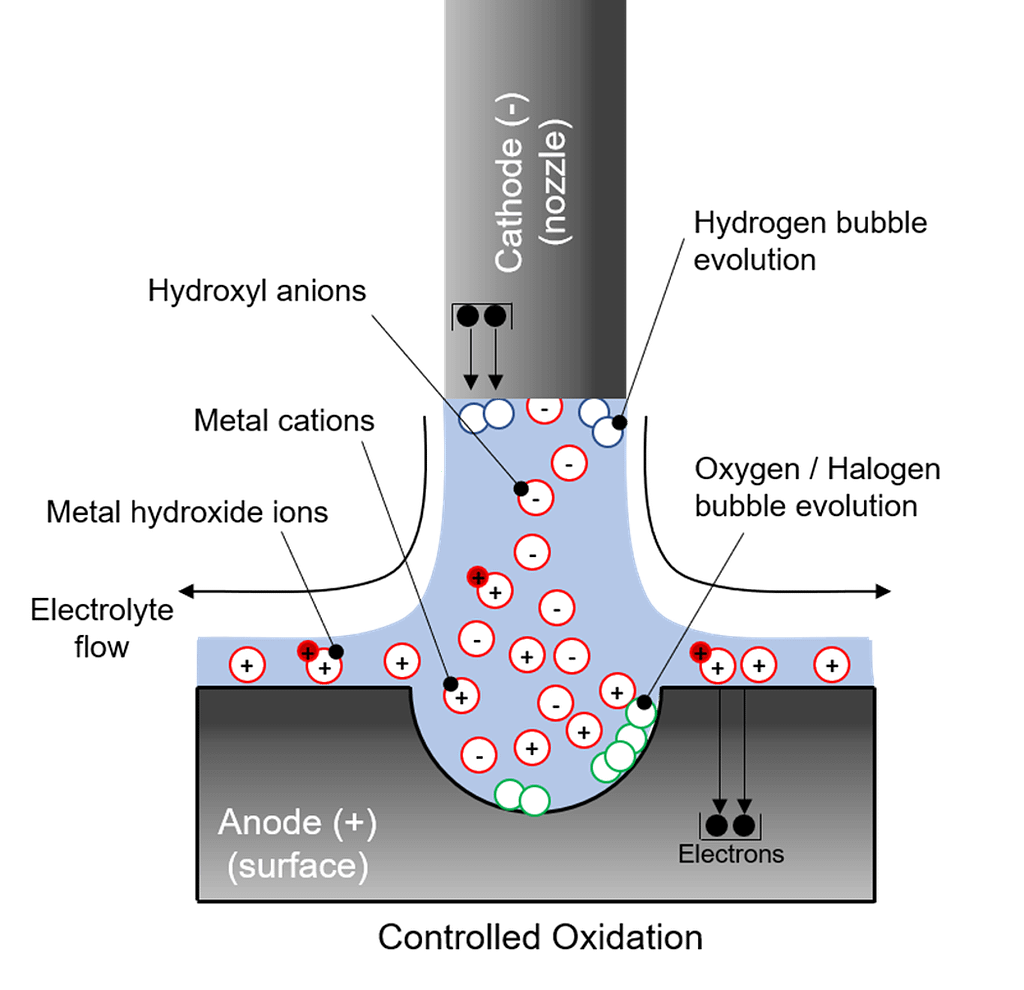 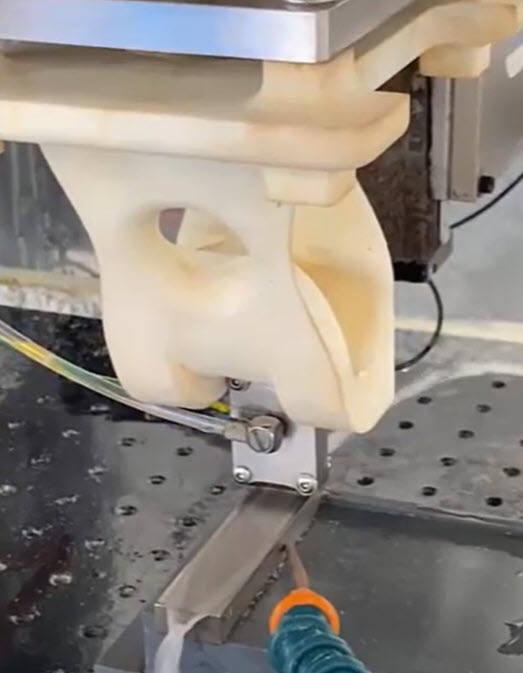